Almond Meal vs. Almond Flour
Does It Matter?

Almond meal is actually the same thing as almond flour, and almond powder. It is essential to have on hand if you like traditional recipes, especially if you’re on a gluten free diet. Basically it’s nothing more than ground up almonds. It’s used in many traditional cake and cookie recipes, and can also be added to your favorite pancakes and breads. 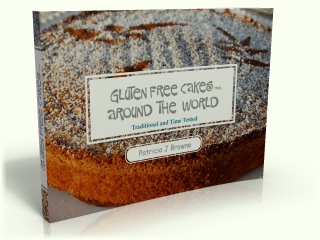 Gluten Free Cakes
From Around The World

It also belongs in your pantry if you’re on a low carb diet or a grain free diet like the Paleo diet.

Some people use 2 classifications: calling it meal if it’s more coarsely ground (or if it's made from unblanched almonds), and almond flour if it’s blanched and finely ground. This could be helpful.

But most cooks and cookbooks don’t differentiate. Commercial brands don’t make a clear distinction either: the terms almond meal and almond flour are used interchangeably, even though brands differ greatly in particle size.

So the name doesn’t really matter since there are no reliable standards for naming, or for particle size distribution.

Regardless Of The Name,
Brands of Almond Meal Differ Greatly

I’ve discovered a huge difference in 2 brands, Bob’s Red Mill Almond Meal/Flour and Honeyville Almond Flour. You can see the difference for yourself on this page. But what difference does it make in the recipe? And what can you do if you don’t have the kind recommended?

Coarse or Fine: Does It Matter In The Recipe?

Particle size does matter. The images show the smallest and largest particle sizes I found in both Bob’s Red Mill and Honeyville almond flour.

Particle size determines the amount of surface area that is available to react with or stick to other ingredients, and to absorb moisture.

The smaller the particle size, the more surface area there is to work with the other ingredients. Baking success depends on this ratio.

If you reduce the amount of surface area by including almond meal with lots of large particles, you may leave a lot of other ingredients with nothing to interact with. The recipe may not cook right, often because there is too much moisture or fat that isn’t absorbed. A simpler way to look at it:

Using almond flour with large grains, such as Bob’s Red Mill, when a recipe calls for finely ground almond meal is sort of like replacing some of the flour with chopped nuts.

Normally when you add chopped nuts, you don’t use them to replace the flour–the nuts are in addition to the ingredients. This usually isn’t a problem with traditional almond flour recipes like you find on this site.

But if you are using coarsely ground almond flour in a recipe intended to be a delicate cake, or recipes in Elana Amsterdam’s fabulous cookbook, The Gluten Free Almond Flour Cookbook, you may end up with a soggy mess.

The solution? There are 2 Possibilities:

If the situation is the other way around and you have fine almond meal when you need coarse meal, substitute some ground almonds for a portion of the flour: buzz some almonds in your food processor, or get out the mortar and pestle or your knife and chopping block.

Return from Almond Meal to GF Around The World Home